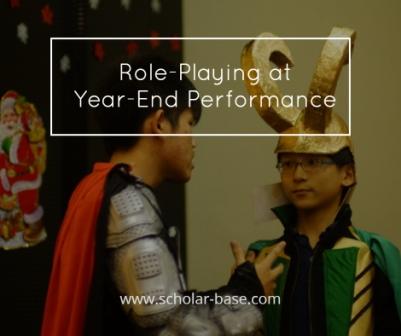 Role-playing is a great educational tool that helps students learn creative thinking, questioning assumptions, and providing them the opportunity to simulate issues in effective problem-solving. This adds a new dimension to brainstorming and superficial assumptions.

Why is it important?

Truth and information have many facets. Active students who seek interactive learning are enthusiastic when they can act out a response, play-acting the reality of another person.

Role-play stimulates the children’s imagination while fostering social development. It encourages forming of friendship and cooperation, listening and other social skills.

As the students learn to act out different roles, it builds their public speaking skills and develop their self-esteem and confidence.

These young, impressionable children learn attitudes such as empathy, patience during role-plays and learn how to express themselves in a respectful manner.

Role-plays also give children the chance to play out events that they have observed and experienced in real life, allowing them to explore moral and social issues safely.

While doing so, the students expand their knowledge and understand the different cultures and context that may be influencing others’ behaviours. They would also be able to improve their language and movement skills.

Role-playing is a social and fun activity

3. Teamwork: This is a vital social skill which encourages students to chunk out and distribute tasks (i.e. delegation). They learn project management and cooperation early on in life.

4. Conflict Management: The interactive exercise would allow students to practice their consensus building and conflict management skills. Skills such as cooperation and persuasion would also be fostered to practice courtesy and tolerance when working with others.

5. Perspectives: Role-playing prompts students to look at learning from different viewpoints for a more objective understanding.

6. Application: This helps students combine skills they have learned separately- such as quantitative and communications skills- to achieve various real-world goals.

7. Research Skills: Role-playing would often require independent research into the context and background of the role. Students are more likely to retain knowledge that they have collected themselves than information that has been given to them.

Students At Scholar Base Gearing Up For Year-End Performance

Students at Scholar Base are nurtured in a holistic environment where role-playing is part of the curriculum.

The children at Scholar Base have been preparing for the annual year-end performance on stage. This year, we’ll be doing Treasure Island, Alice in Wonderland and King Arthur.

Come join us (if you have not done so) so we can all learn together and have lots of fun too!